Latest Rishabh Pant Car Accident News: India’s batting star Rishabh Pant met with a fatal accident this morning. He was hospitalised with serious injuries. The car in which he was travelling was reportedly got ablaze completely and burned after the accident. The incident took place on Friday morning near Roorkee, Haridwar.

Sensing danger, Rishabh Pant jumped out of the car and averted a major accident. He was on his way to Delhi from his native place Uttarakhand. The accident reportedly took place at narsan border near Roorkee. Pant, who was seriously injured in the incident, was initially rushed to the Civil Hospital in Dehradun for initial treatment.

In the recent Test series against Bangladesh, 25-year-old young wicketkeeper-batsman Pant shone with a brilliant century. He had gone to Dubai after a visit to Bangladesh. He then returned to his hometown Uttarakhand. 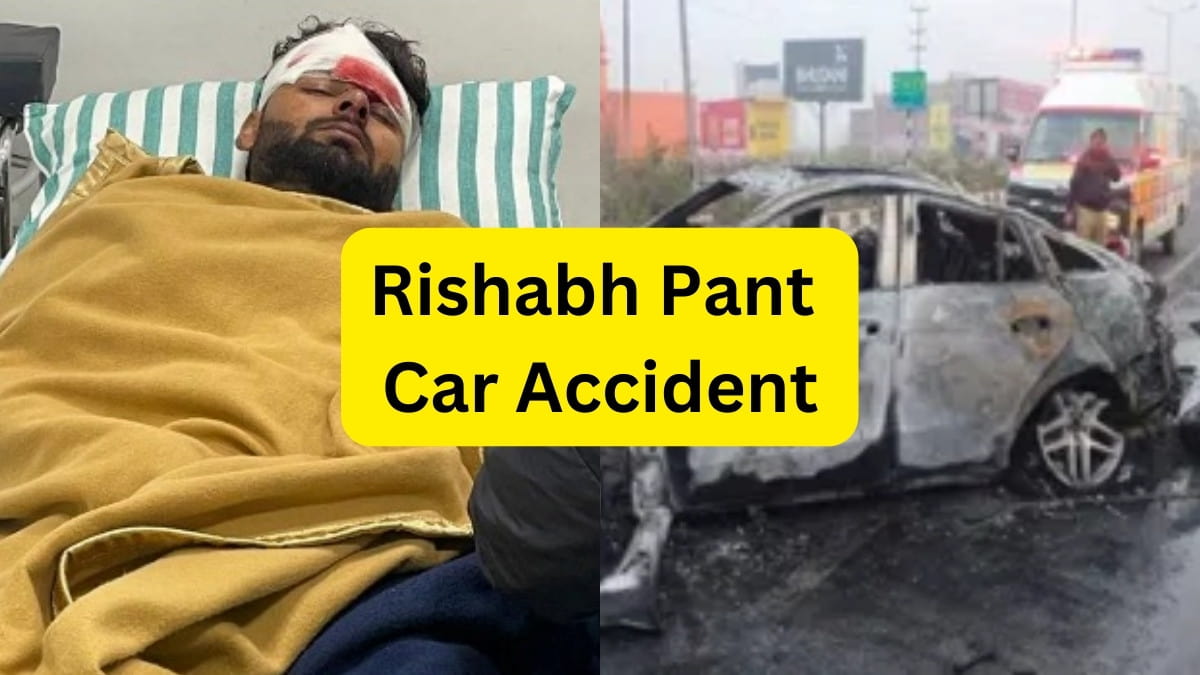 The accident took place when the cricketer was on his way to Delhi from his home state. Rishabh’s car collided with the railing and after that it caught fire. However, before that, Rishabh had left the car. Pant has suffered more injuries on his leg and forehead.

People present there said that the fire was controlled with great difficulty. He has been referred to Delhi in critical condition. At present, his condition remains stable. Rishabh can undergo plastic surgery.

Uttarakhand Chief Minister Pushkar Singh Dhami’s statement has come after Rishabh Pant’s accident. “If needed, Rishabh Pant will be airlifted. All medical facilities will be provided as per the need. The entire cost of his treatment will be borne by the state government. They will be given all facilities.”

Rishabh Pant has been rested by the BCCI ahead of the home series against Sri Lanka. Pant, who soon became a key member of the Indian team, was appointed as its ambassador by the Uttarakhand government.