The Prime Minister of India, Shri Narendra Modi will launch the Rojgar Mela Drive-1 on 22nd October at 11 am through video conferencing. In this, the recruitment drive will start for 10 lakh personnel. Appointment letters will be handed over to 75,000 newly appointed recruits during this ceremony itself. On this occasion, the Prime Minister will address these newly appointed people.

Rojgar Mela will be a significant step towards fulfilling the continuous commitment of the Prime Minister to providing job opportunities for the youth and ensuring the welfare of citizens. As per the directions of the Prime Minister, all Ministries and Departments are working towards filling up existing vacancies against sanctioned posts in a Mission Mode.

What type of posts will be filled in Rojgar Mela 2022 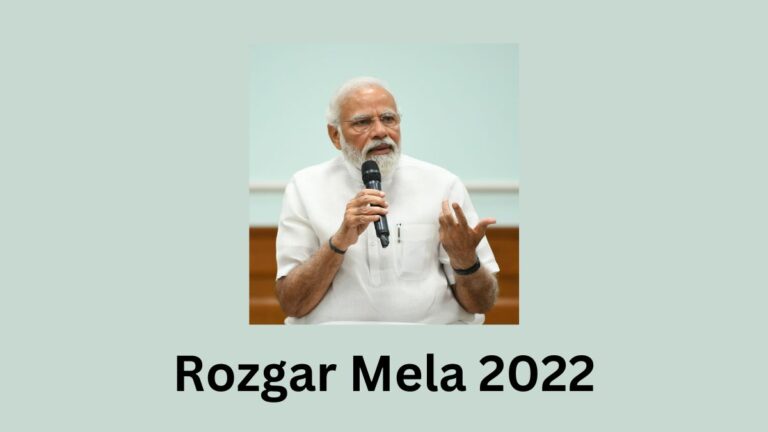 During the first-ever PM Rojgar Mela, the new recruits, selected from across the country, will join 38 Ministries/Departments of the Government of India. The appointees will join the government services/jobs at various levels viz. Group – A, Group – B (Gazetted), Group – B (Non-Gazetted) and Group – C.

The posts on which appointments are being made under Rojgar Mela 2022 include Central Armed Force Personnel, Sub Inspector, Constable, LDC, Steno, PA, Income Tax Inspectors, and MTS, among others. These recruitments are being done by various Ministries and Departments either by themselves or through Recruiting agencies such as UPSC, SSC, and Railway Recruitment Board.

More than eight years have passed since BJP formed the government in the country. Opposition parties have consistently accused the government of a lack of adequate employment opportunities for the youth.

According to a statement issued by the PMO, in June this year, Prime Minister Modi had asked various government departments and ministries to recruit 10 lakh people on ‘mission mode in the next one and a half years. The campaign will also help the BJP counter the opposition in the electoral states of Himachal Pradesh and Gujarat.

How to register for PM Rojgar Mela?

Prime Minister Narender Modi will launch the Rojgar Mela Drive 1 tomorrow i.e. 22 October. You can watch the live telecast of this event on this webpage as we will provide the direct link for this soon. Also, the information on online registration for various Group A, Group B and Group C posts will be released in the PM Rojgar Mela Live. Stay tuned to the website for a link to this event.