The government of India announced the revision of the One Rank One Pension (OROP) scheme on 23 December. As per the latest news, 4.52 lakh new beneficiaries have been added to the list. Now, the new number of OROP Pension beneficiaries is 25.13 Lakh.

This OROP Revision will be applicable from 1 July 2022. Armed forces personnel retired up to June 30, 2019, excluding pre-mature (PMR) retired effective July 01, 2014, will be covered under this OROP revision. 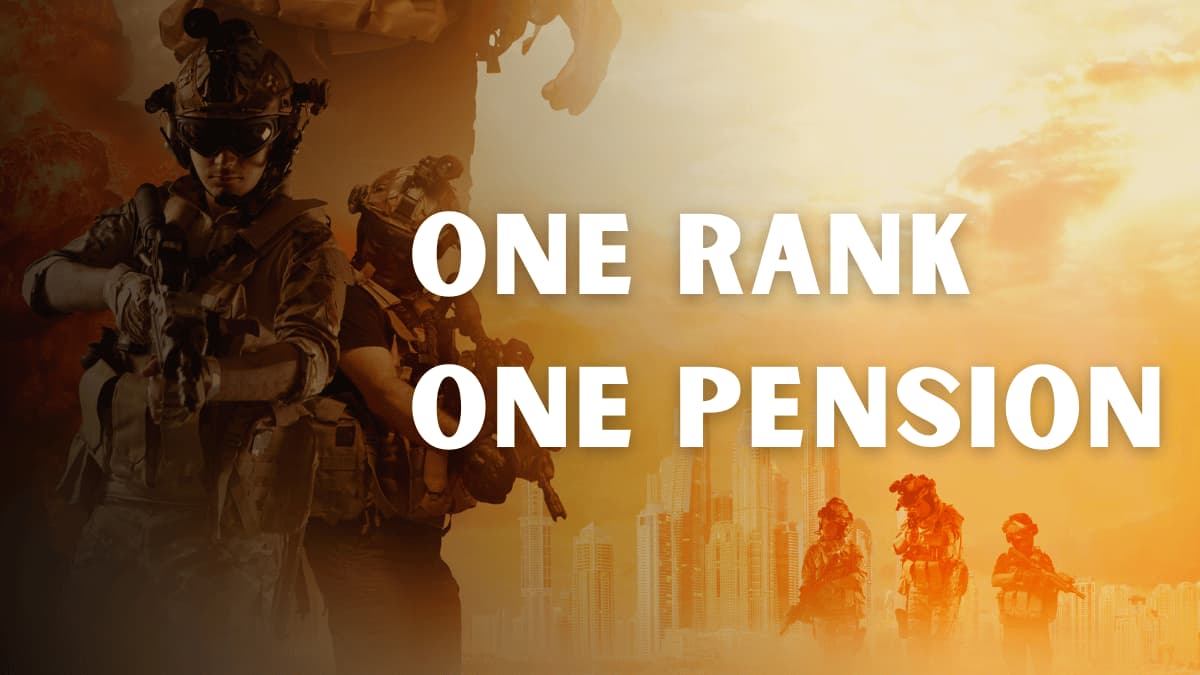 The petition for an extension of time for the OROP Scheme Pension Arrears Payment until March 15, 2023, was followed by the approval of the One Rank One Pension (OROP) Revision.

According to the OROP Scheme, the future pension of previous pensioners would be assured based on the minimum and maximum averages of their pensions among retired officers in the Defense Forces in 2019 who had the same rank and length of service.

Note: This table doesn’t cover all ranks for OROP II pension. A new table is likely to be announced by the government. We will update the same accordingly upon updates.

Arrears will be paid in four half-yearly instalments. However, all the family pensioners, including those already receiving Special or Liberalised Family Pension and Gallantry Award Winners, shall be paid arrears in one instalment.

A new circular indicating a new Pension Scheme (Revised OROP Pension) has been released by the ministry. One can download the Circular by Clicking here and check the new pension table Rank wise.

About One Rank One Pension Implementation

One Rank One Pension (OROP) is a policy implemented by the Indian government that aims to ensure that retired military personnel of the same rank and length of service receive the same pension, regardless of the year in which they retired. Prior to OROP, military pensions were calculated based on the pay commission recommendations in place at the time of retirement, which meant that pensions for personnel who retired in different years could be significantly different, even if they held the same rank and had the same length of service.

The OROP policy was implemented in 2015, following decades of campaigning by military veterans and their families. The policy was intended to address the longstanding issue of unequal pensions and to recognize the service and sacrifices of military personnel.

The implementation of OROP was not without controversy, however. There were disputes over the details of the policy, including the definition of “same rank” and the methods used to calculate pensions. Some veterans also argued that the pensions being offered under OROP were still insufficient.

Despite these controversies, the OROP policy has been largely successful in providing a more equitable system of pension payments for military personnel. It has also helped to improve the morale and well-being of retired military personnel, who have often faced financial difficulties in the past.

Overall, the One Rank One Pension policy has been a significant achievement for the Indian government and military and has helped to address a longstanding issue that had been a source of frustration and resentment for many retired personnel.